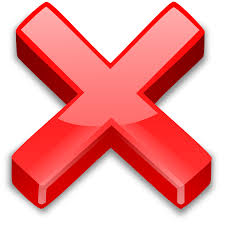 It’s a new term for an old behavior.  If someone does something you really don’t like, you can cancel them– that is, you can write them off, ignore them, have nothing to do with them, and just plain pretend they don’t exist.

Where did the term come from? Well, YouTube, among other places.

According to a teenager quoted in a New York Times article on the subject (11/3/19), canceling someone is a way to take away their power and call them out.  Another teen was quoted as saying that the word can also be used in fun, just to tease someone.

So, saying “you’re canceled” can mean any one of several things– from “I’m done with you” to “I’m pretending to be done with you but really we’re still friends.”

Sometimes people are canceled for offensive language or behavior, and it’s a response to racist, ableist, homophobic, transphobic, or misogynistic interactions.

Sometimes people are canceled just because…..well, someone decided they didn’t like something about them.

Is canceling someone the best way to deal with them when you’re upset with them?  What about talking to them and telling them you don’t like what they did and why? In situations where someone feels attacked or disempowered, is it that person’s responsibility to educate or challenge the person who caused the pain? What are the benefits and consequences of canceling them?

Parents, this deserves a conversation.  Think about these questions and how to talk with kids about conflict, power, and resolution. Be ready when your child comes home talking about having canceled someone– or when they threaten to cancel YOU!