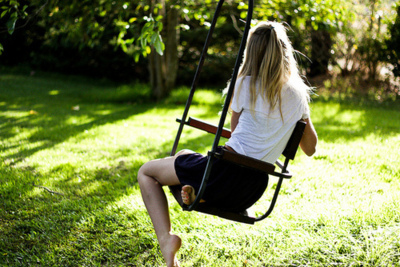 In an op-ed in last week’s Sunday New York Times, Frank Bruni talks about the shock that many – or perhaps most – college freshman face when they get to college.  Having been sold on how much fun college will be, on how they will have “the time of their lives” by nostalgic parents and teachers, they are stunned to feel…lonely.  And not just at first. In a survey of 28,000 college students on 51 campuses by The American College Health Association, more than 60% said they had felt “very lonely” in the previous 12 months.  Nearly 30% said that they had felt that way in the past 2 weeks.

Victor Schwartz, Medical Director of the Jed Foundation, one of the nation’s leading advocacy groups for the mental health of teenagers and young adults, said that these findings were completely consistent with his observations.  He said, “many students are lonely and think this is sort of unique to them because no one talks about it.”

Contributing to the silence on loneliness the fact that kids can now present themselves on Facebook and other social media sites as having fabulously fun lives.  Elizabeth Gong-Guy, UCLA psychologist, said that “the highly curated lives” of others presented on social media only make those sitting alone in their dorm rooms feel more alone.  But the irony is, of course, that these idealized depictions of life are put together by other kids sitting alone in their rooms.

In this article, more careful organization of college life is suggested.  Some campuses offer better wifi service in common areas to encourage students to gather in those areas rather than staying in their rooms.  Some college provide extended orientation programs to help students to get to know each other and to warn students of the possibility of feeling alone and alienated when first at college.

But let’s take this a step further and ask, why is it that kids get to college so unfamiliar with loneliness and so unprepared to face it?

In my practice I have parents who still set up “play dates” for pre-teens.  And of course we all know that children and parents feel unsafe about allowing children roam their neighborhoods.  Planned activities have taken the place of spontaneous play and sometimes boring and lonely downtime for many kids.

It is so important for parents to gradually step back from setting up social occasions and to suggest that children set up their own.  And if your 11 year old doesn’t? Or won’t? How about letting him or her experience what it feels like to be lonely on the weekend for a while?

Cultivating high expectations of college fun is one issue.  But perhaps before college, our children are often not allowed to feel lonely or bored very often – and perhaps parents don’t insist that children learn to manage these times on their own.

Parents can empathize: “It’s hard to feel lonely” or “I remember feeling lonely at your age” AND they can also gradually remove themselves from fixing the problem for their child.  They can also remind their children that feeling bored or lonely for an afternoon or a day or two is something their child can live through.

Tolerating our children’s loneliness or boredom is hard.  We don’t want our children to suffer.  However, it is important to think long term.  If children of 9, 10, 12 or 14 don’t learn how to amuse themselves (without an electronic device!), reach out to their friends to make plans, and get off phones and computers to actually see and talk to other people, how can we expect them to manage at school and later at college? If we don’t let our children struggle through some periods of boredom or loneliness, how can they suddenly figure it out during freshman year? And if all we do their junior and senior years of high school is to concentrate on the importance of GETTING IN to college, we are doing a disservice to our kids.

Children of all ages can feel lonely.  The first few weeks of school, it can be lonely on the playground or at lunchtime for a new student child or for a child who isn’t still friends with the kids from last year– or for the shy or anxious child who does’t dare to approach even children he or she has known before.  Parents can talk to their kids about how hard this is.  Parents can ask their child’s teacher to help with social skills on the playground and help develop the ability to join a group to play.  In more persistent cases of social isolation, children can be referred to social groups or psychotherapy to expand on skills for reaching out to others BEFORE it’s time to go to high school or college.

And once it is time for our kids to go to college, we can acknowledge how difficult it might be on campus to feel alone amidst lots of people. Let’s remember our own first days and weeks at college or at new jobs or in new cities. Let’s remember these WITH our kids, tell them what we experienced. I remember my older sister once telling me that I should never decide on whether to stay at the college I had chosen or in a new city until I had been there for at least a year.  During many lonely nights and weeks I remembered this advice – when I first went to college and when I first moved to a new city after college – and it helped me to persevere.

And also, let’s remind our kids of two things: 1) they have been through many firsts already and 2) they are NOT alone. Everyone on campus feels lonely at times, especially at the beginning of the year, and they can get out of their rooms and reach out to other students they meet in the cafe, gym, or the orientation session in order to make some initial connections.

Finally, let’s be sure to talk to our kids about the drinking and partying that many of their peers will be doing at the beginning of the year.  Many will be doing this to dull their loneliness – to make quick hookups in order to feel some kind of connection, or pseudo connection. But let’s talk about how this isn’t necessarily the healthiest strategy for combatting a sense of being alone– in fact, it may increase the feeling of loneliness. As Bruni says at the end of his piece, “We …  need to tell (our kids going off to college) that what’s often behind all the drinking …isn’t celebration but sadness – which is normal, survivable and shared by many of the people around them.”