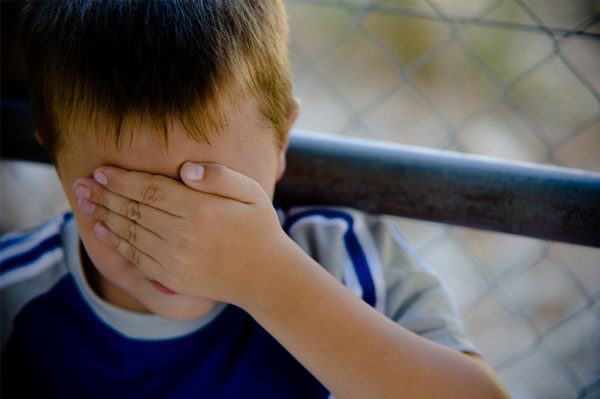 Last week in The Sunday New York Times there was an article describing how college students need to to be TAUGHT that it’s okay to fail occasionally. Smith, a prestigious women’s college, offers a presentation called “Failing Well” during student orientation, which gives out a certificate saying, “You are hereby authorized to screw up, bomb or fail at one or more relationships, hookups, friendships, texts, exams or extracurriculars or any other choice associated with college…and still be a totally worthy, utterly excellent human.”

Evidently many 18 year olds are getting to college having suffered very few disappointments or failures of any kind. Or they get to college rarely having had to handle disappointment on their own. They are simply unprepared for this experience. Residence life offices are inundated with students who come in sobbing that they did not get their first choice of roommate, that they got less than an A- on an exam, or that they got rejected from a club.

How did we, as a society, or we as parents and educators and mental health professionals allow this to happen? We simply have to ask ourselves this question.

Are children told “good job” so often that they don’t even know when they’re not doing a good job and need to work harder? Are we cushioning the lives of our children and students so heavily that they simply don’t experience the feelings of disappointment or failure often enough that they know how to handle them when they go off on their own to college? Are we intervening with teachers and administrators to get our children what they want or to rescue them from difficulties so often that they rarely suffer the disappointment of not getting exactly what they hoped for or experiencing the consequences of their failures? Or are we hovering so close to our children and teenagers that when they DO fail, we immediately try to handle it with them – or even worse, FOR them?

Let’s try starting before that happens.

It’s time to let toddlers and young children fall and scrape a knee. Perhaps we can hover less– sit on a bench or on the deck and watch as they explore and run and climb on their own (within the bounds of safety, of course). And while we don’t necessarily want to adhere to the “shake it off” mentality of the uber competitive soccer parent, perhaps we CAN tell our children (starting from toddlerhood on) that falling and failing are part of learning, whether it be learning to make friends or learning to read or learning to play a complicated piano concerto. Perhaps we can let them be sad for a little while before talking to them and telling them that in the end, it will be alright. Or before we tell them it will be maybe alright, we can just be with them while they are sad. We can talk to them about how hard disappointment is and perhaps we can even share examples of times we were disappointed or did poorly in our own lives.

And in school, perhaps grade inflation has gone too far. Not every child or teenager can get an A or a B all the time. Nor should they. Some subjects are harder than others. Some exams are harder than others. Some kids are just better at certain subjects than other kids. Getting a B or even a D does not mean a child is dumb. Generally it means they need to study harder or study differently next time. And maybe getting the B or the D is the motivator for the child to think about how to do better or study longer. If they never experience the lower grade, they have no reason to think about their own responsibility for the grade or the habits that got them there.

How can we help our children to tolerate disappointment and sadness and, even occasionally, failure? Perhaps even more importantly, how can parents stop themselves from trying to “make it better” every time?

When children are small, say from ages 1-4, it is important to pick them up when they cry, to kiss the hurt and make it better. But little by little we also need to step back at times. The infant fussing during tummy time can be left for a few extra minutes while he tries to raise his head from the floor. Letting him fuss allows him to learn just a little but of frustration tolerance and allows him to stretch his tolerance for exercise just a few more minutes. And this can be used as a metaphor for all sorts of things. The child who doesn’t want to have to study or to practice the instrument can be urged to study or practice a little longer each night or each week or each semester. The child learning to walk can be allowed to tumble, provided she is on a soft surface. The child who does not get a part in the play can be comforted and also urged to try out again next time.

And perhaps that is a crucial point. Perhaps it’s hard to differentiate between when a child or a teen is in actual danger and when our anxiety tells us that the child is in danger. Perhaps we as parents need, at times, to examine our own motivations. Are WE so invested in their grades or in their getting the part in the play that WE can’t stand it if they get the D or fail to get the part? Are WE so invested in their getting into a “good college” that we make their lives in high school one long long list of things they “have” to do to get into that “good college?” Are we allowing our own wishes or our own anxiety to guide us?

And perhaps we can refrain from saying “good job” to everything a child does. There are some things that should be expected of children that do not require praise. After all, if we praise everything, the praise become meaningless. The child does not know when he has done a good job and when he hasn’t. How about reserving praise for the times that the child has achieved something new or something extra hard?

And how about if we give our children space to feel good about their own accomplishments rather than always being right there to offer the praise. After all, children become self confidant not by receiving constant praise, but by feeling within themselves that they have accomplished something. More to the point, children and teenagers learn to fail by doing just that: failing, being allowed to fail – occasionally, and learning that failure is part of learning, part of growing, part of life, and not an indictment on them as human beings.

One thought on “The Importance of Failure”